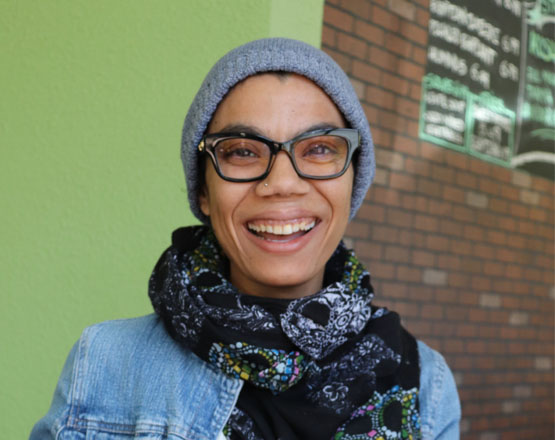 Iman Hagag is a female entrepreneur with degrees in business administration and accounting from the prestigious Ain Shams University in Cairo, Egypt. She first visited the United States as an 18-year-old tourist with a hunger for learning. Hagag would continue to travel the world in the next few years, expanding her mind and reshaping her thoughts about life. In 2005, she decided to move to the U.S. permanently in search of her independence, leaving behind the life of comfort she has come to know from her prominent family.

Unsure of what to expect and not knowing anyone in the States, Hagag dedicated herself to learning about her new home, culture, politics, philosophy, arts, business, natural environment, and anything she felt she needed to know about in order to succeed in her new life. One such thing was cooking. Guided only by her palette and out of necessity, Hagag attempted to recreate the familiar flavors from home. She continued to improve her cooking throughout the years as a housewife, making delicious meals for her family and friends.

In February of 2018, Hagag brought to Las Vegas something this city has never tasted before when she opened the first Egyptian vegan restaurant in town called POTs. Encouraged by her sister and business partner Ayat Kahlil, and with no formal culinary training, Hagag’s food quickly earned a special spot in the culinary scene through unique layers of flavors that are both nutritious and delicious. On its first year of being opened, POTs earned a spot on the coveted list of Yelp’s “Top 100 Places to Eat in the U.S. of 2019”; followed by a nomination as “The Best Vegan Restaurant” by Las Vegas Review-Journal; named a “Hidden Gem” by Livekindly; and won “The Best Healthy Carb Load of 2019,” awarded by Las Vegas Weekly.

Nevertheless, Hagag’s love and passion always extend past the food and into her community. When COVID19 hit Las Vegas in 2020, she began serving free meals to laid-off Las Vegans even though her restaurant, like many others at the time, was struggling to make ends meet during the crisis.

Hagag’s love for her community, the environment, and food have earned her many honorary mentions in the local media. She is a warm, welcoming soul who will make you feel at home every time you visit her humble POTs.