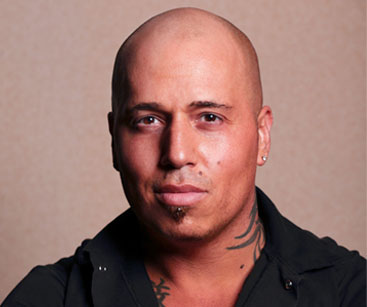 Vic Moea, a self-trained restaurant chef, worked his way up the culinary ladder from dishwasher to Executive Chef at Las Vegas hotels including MGM Resorts International, Station Casinos and many local restaurants around the city in a 20 year span.

Moea moved from Staten Island to Las Vegas in 1989, but his culinary style continues to reflect his classic, New York Italian and American Classic comfort with a modern day twist. Learning to cook from his mother and grandmother, Moea adds his modern Vegas flair to traditional recipes from his childhood. From working as a cook at the local restaurants many years ago, he has explored the hotel industry both inside and out.

Moea specializes in banquet events including annual holiday functions, weddings, corporate events, and fine dining experiences as well as events featuring trendy fun casual food. In 2008, he completed in the Food Network’s Big Bash Caterers Challenge and finished with the Gold medal as well as the rights to be known as one of only two “Food Network Challenge Catering Champion.”

Moea’s other accomplishments include: being voted as one of the 45 Under 45 Outstanding Gentlemen in Las Vegas by Esquire magazine; being featured on 12 episodes of The Next Food Network Star; performed a food demonstration on The Rachael Ray show; and was a winner in the 2011 Food Network Food Truck Face Off.

Currently, Moea serves as the Corporate Executive Chef for US Foods Las Vegas division and southern Utah, as well as owner and chef of Sinful Subs.