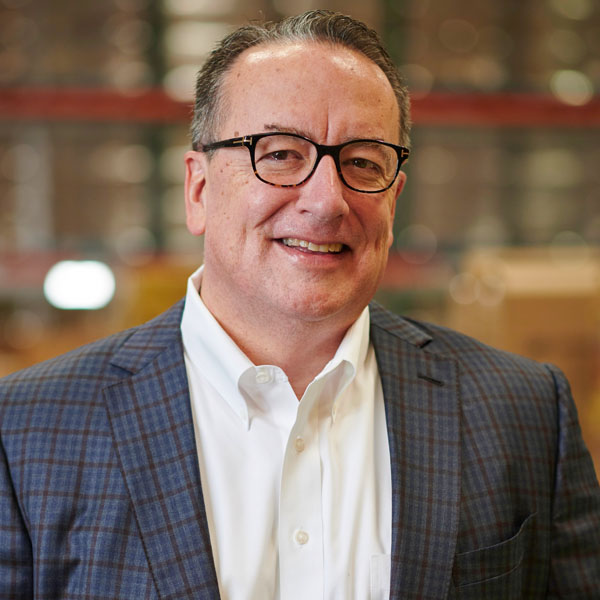 A steady fixture in the Southern Nevada nonprofit community and leader of Three Square Food Bank for the past 11 years, Burton plans to depart Three Square and Nevada to continue his work battling food insecurity in his home state at the Arkansas Foodbank.

“Southern Nevada will forever be my second home and I’m proud of the work that we as an organization, and furthermore we as an entire community, have done to help our neighbors,” said Burton. “This was not an easy decision by any means, but I am looking forward to this next chapter and returning to my roots in Arkansas to support and uplift the wonderful people throughout the state.”

During his time at Three Square Food Bank, in addition to leading familiar daily operations, Brian provided strength and guidance during some of Southern Nevada and the nation’s most challenging times, including a government shutdown, 1 October and the COVID-19 pandemic, the latter of which fully (and temporarily) altered Three Square’s operations strategy.

“Brian has been a fearless leader of this organization for more than a decade and we’re filled with gratitude for all that he has done for the people in Southern Nevada,” said Al Welch, Three Square Board Chair. “The people of Arkansas will be fortunate to have him back, just as blessed as we have been to have him here for so long.”

Three Square Food Bank is also announcing that current Chief Development Officer, Michelle Beck, will step in as Interim President & CEO upon Burton’s departure from the organization. Beck, who joined Three Square in 2012, is responsible for raising the annual cash budget for the organization, enabling continued operational growth until the meal gap in Southern Nevada has been closed. In addition to development and fundraising, Beck also currently oversees all aspects of marketing, communications, and brand awareness.

Details to launch a search for a permanent replacement to fill the leadership role will be announced at a later date. Beck, and later the new President & CEO, will lead the remaining Three Square executive team who combined, have nearly 30 years of experience in food banking.

“Brian, Michelle and the executive team will continue to work seamlessly on day-to-day operations, ensuring the organization is positioned for success during the time of transition,” Welch concluded.

About Three Square Food Bank
A national model project inspired by Founder Eric Hilton with a grant provided by the Conrad N. Hilton Foundation, Three Square is Southern Nevada’s only food bank and largest hunger relief organization, serving Las Vegas and all of Clark, Lincoln, Esmeralda and Nye counties. Since opening in 2007, Three Square has provided more than 528 million pounds of food to hundreds of thousands of people in need and earned a reputation as one of the most efficient and effective food banks in the country. Three Square is a community collaborative partnership with businesses, nonprofit agencies, food distributors, higher education institutions, the Clark County School District, governmental entities, the media and thousands of volunteers working together to support food-insecure Southern Nevadans. Last year, Three Square provided over 51 million pounds of food, the equivalent of more than 42 million meals, through its network of community partners. A member of the Feeding America network of food banks, Three Square remains committed to its mission of providing wholesome food to hungry people, while passionately pursuing a hunger-free community. If you or someone you know needs food assistance, or wants to learn more about Three Square’s vision of a community where no one is hungry, please connect at threesquare.org, Facebook (@ThreeSquareFoodBank), Instagram (@threesquarelv) and Twitter (@threesquarelv).

Lindsey Yaskin – x227; This email address is being protected from spambots. You need JavaScript enabled to view it.

KC Kappen – x226; This email address is being protected from spambots. You need JavaScript enabled to view it.

Joe Ham – x333; This email address is being protected from spambots. You need JavaScript enabled to view it.