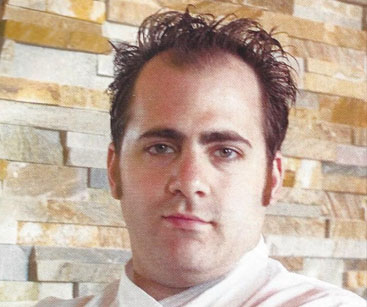 Michael Ingino is a born and bred New Yorker, a fact that shines through in his cooking. He cooked his way through all five boroughs of the city while earning his degree from culinary school, even working as a Sous Chef at Central Park’s famous Boathouse Café. After his graduation, Ingino headed west to Las Vegas to make his culinary mark on Sin City. Ingino was a chef at Emeril Lagasse’s famous Delmonico Steak House and also worked under acclaimed chef Gustav Mauler at several Vegas locations – Spiedini, Oxo and Bullshrimp – where he served as the Executive Chef.

Ingino partnered up with a group run by tennis star and Las Vegas native Andre Agassi in 2003, serving as the Corporate Executive Chef for Agassi’s Suburban Resturant Group. He oversaw the menu and headed up operations for a wide variety of restaurant concepts and continued to hone his cooking skills and management style. In 2008, he completed his cross country journey, settling in California where he oversaw The Beach House Restaurants, a family owned group of Southern California’s best fine dining experiences.

Michael Ingino is currently the Executive Chef of Carmine’s Las Vegas, serving up family-style portions of the same Italian favorites that has made Carmine’s an institution across the country.