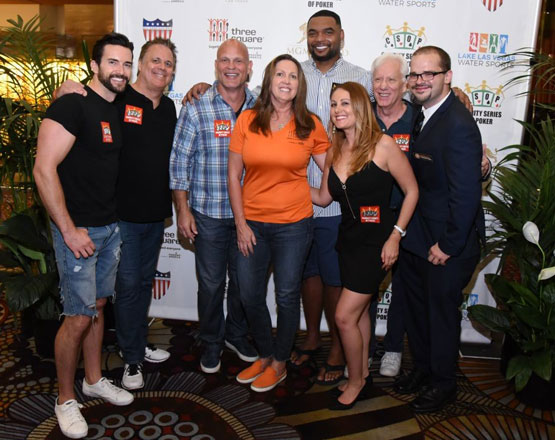 Beyond the glittering lights of the glamorous resorts and casinos on the Las Vegas Strip, there are close to 300,000 men, women and children who do not always know where their next meal will come from.

Las Vegas is a gambling town, and one organization that places its bet on Three Square Food Bank's goal of creating a hunger-free community is the Charity Series of Poker (CSOP).

"Food banks have always been a cause that's near and dear to my heart," said Matt Stout, CSOP's president, whose passion for poker and philanthropy inspired him to establish CSOP. "It hurts to think that there are so many people not only going hungry while there's food going to waste, but that it's happening in our own backyard."

Over the course of three years, CSOP's Las Vegas tournaments have raised more than 200,000 meals to those in need, with this year's tournament raising the equivalent of more than 84,000 meals for Three Square.

To learn more about the Charity Series of Poker and how it is giving back to communities across the nation, please visit charityseriesofpoker.org.