Facing Hunger at the Front Lines 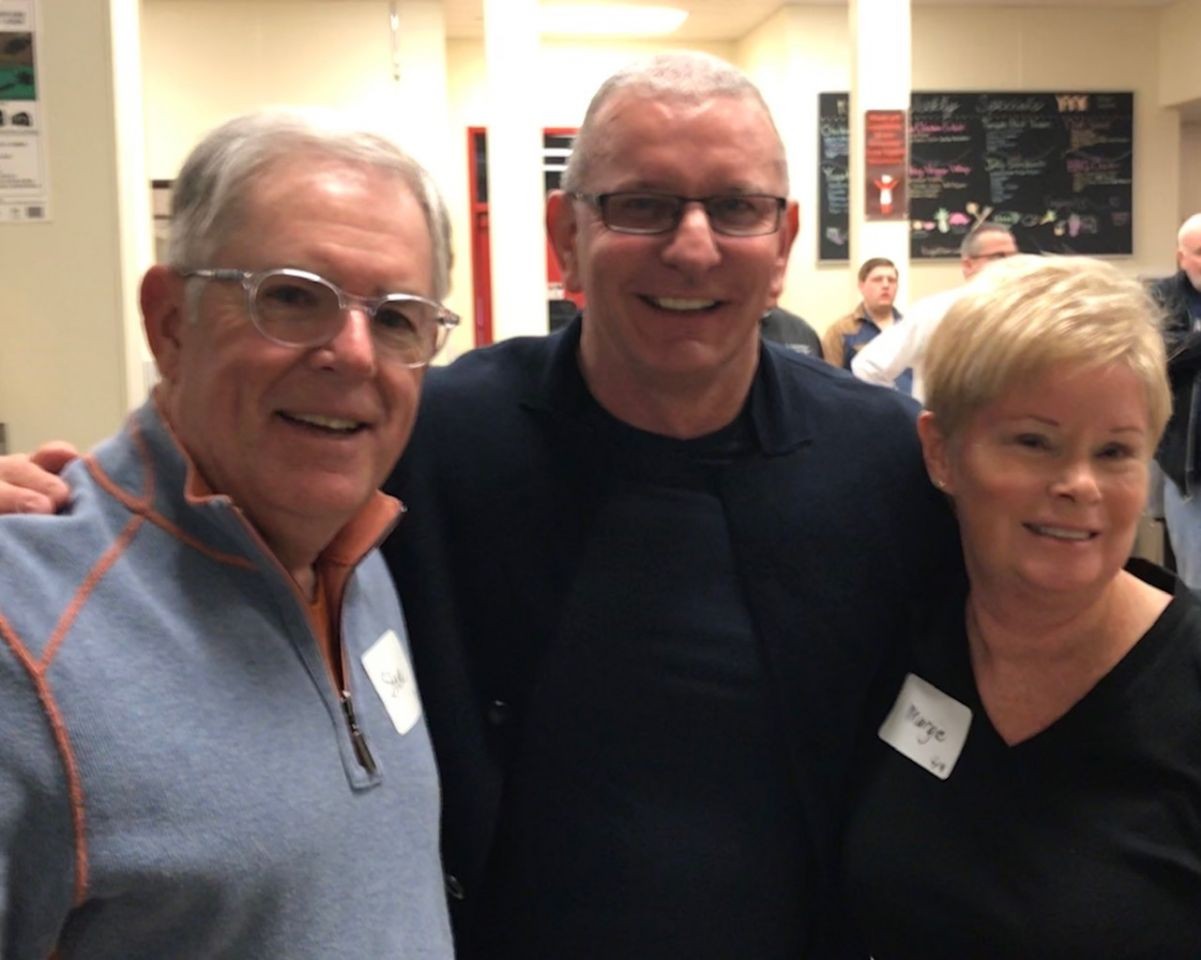 Steve and Margie Wilkinson are Giving Society members who have experienced being on the front lines of hunger. For nearly 20 years, the couple not only donated their time volunteering at a local food pantry, but they also witnessed families and individuals struggling with hunger.

Tell us how you found out about Three Square.

Margie: We made our connection with Three Square when the nonprofit held its first annual fundraiser. Steve and I were so happy to have this umbrella organization that would work closely with food pantries in the community. We thought finally, there was a team that understood the issue of hunger that is here in our community.

My experience seeing hunger here begins in the mid-1990s when I was a volunteer with Epicenter on the Parkway. Little did I know it would be a 17-year commitment. At the time, Epicenter was the first pantry in Clark County to distribute food five days a week. I remember there would be times where funding and supplies were so scarce that we would be happy to give someone a packet of powdered milk, top ramen and a loaf of bread.

Steve: The issue of hunger was so dire that Margie would often hand out a case of peanut butter and ramen from her car to someone in need. Way too many times you would hear the words of a mother speaking to her child, "Look, honey, they have food today. We get to eat." They would sit down with the food we gave them, right there in front of us, and would begin eating as we helped fill their bags with food.

Margie: We even had one homeless gentleman we gave food to teach us how to survive the heat during the summer. In order to keep cool, he would sleep in front of the backflow of commercial air conditioning units.

Why do you support Three Square's mission?

Steve: Three Square's mission was so aligned with helping what we could see was an enormous problem in our community. The food bank presented plenty of resources to our pantry. There was once a man we met at Epicenter who shared with me, "I don't know what I would do without you [the pantry]. Every nickel goes to my wife's healthcare. We would starve without you."

Margie: We met people of all ages, ethnic backgrounds and families in between who were in need of food assistance and who wanted to put food on the table for their families. You can't prejudge what a homeless person looks like.

What does a hunger-free community look like to you?

Steve: It's the absence of every single thing we've said.

Margie: We don't know what it looks like, but it isn't here. Every place we've traveled to, hunger is there. It's not just a local problem, it's an international problem.

What advice would you share with others who want to give back to their community but are unsure of where to begin?

Steve: If you're interested, take the first step. Go to Three Square to learn more about what they do. Visit a food pantry to see first-hand what it's like to be on the front line of hunger.

Steve: One day, a gentleman presented himself at the doorway of our pantry. I didn't recognize this man dressed in a suit and tie. I looked at him and asked, "What have you done to yourself?!" It was the homeless man we met years earlier who shared his experience surviving on the streets during the summer months. He told us he got a job and that he was now on his feet. It wasn't unusual where once a month somebody would stop by, say hi, and explain that they have a job but need something to tide themselves over. I would tell them, "say no more, it's yours."