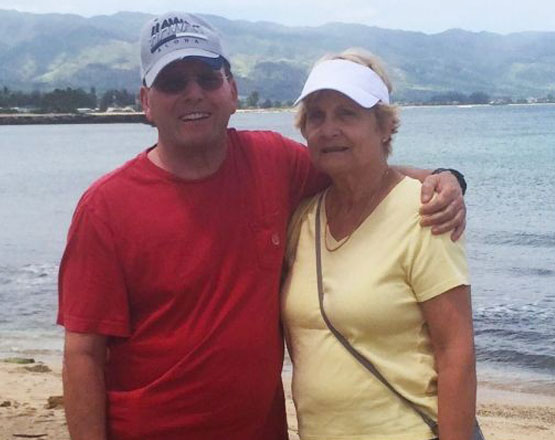 Giving Society members Carolyn and Oneal Atkinson first learned about Three Square in 2010. Seven years later, they continue to volunteer and hold group gatherings at the food bank. In addition, their generous annual contributions equate to nearly 70,000 meals for the community. Our team sat down and spoke with Carolyn and Oneal to learn how they became interested in supporting our mission to pursue a hunger-free community.

How did you find out about Three Square?

Oneal: It was a number of years ago when we were observing Three Square's trucks around town. We always wondered what they were up to and wanted to learn more. One day, Carolyn and I attended an event hosted by one of Three Square's partners. It was also where we met Three Square's President & CEO, Brian Burton. After meeting and speaking with him, he invited us to the food bank for a tour.

Carolyn: It was a tremendous visit! When we arrived, we were greeted warmly by Brian and spent time talking with him about Three Square's mission. You hardly ever meet somebody who is conscientious about his goal in life. In Brian's case, it's to feed people throughout Southern Nevada.

Why do you support Three Square's mission?

Oneal: After touring and researching Three Square, we learned that most of the donations they receive go directly to support their hunger-relief programs. That's important to us. We want to be certain that the charities we donate to use our donations to help the community.

Carolyn: It's wonderful to know that our donations are going to support programs that provide food to children, families and seniors in Southern Nevada. On a personal note, I learned that Three Square assists with the breakfast program at the school where my daughter works.

What ways do you give back to the community through Three Square?

Oneal: We volunteer when we can. The volunteer program is the most impressive thing I saw at Three Square. I'm just so amazed at how many people contribute their time to help others.

What advice would you share with others who want to give back to their community, but who are unsure of where to begin?

Oneal: I would encourage anyone curious about Three Square to come out and take a tour. Once you see the place and meet the people who work there you think, "Wow!"

For information on becoming a member of the Giving Society, please visit threesquare.org/giving-society.