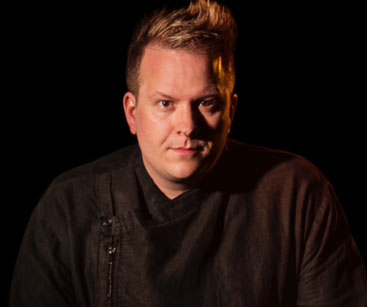 Throughout his 19-year culinary career in Las Vegas, star Chef Brian Howard earned his stripes working with some of the most popular restaurants on The Strip. He has gained the utmost respect from his colleagues and the city’s most prestigious food writers, including one who referred to Howard as “The Most Ambitious Chef in Las Vegas.” The culinary field is known as a profession of passion, and Howard is a bold example of that premise, having believed since he was 10 years old that cooking is in his blood.

His first role at the helm of his own menu was with Nu Sanctuary, where Howard’s menu received widespread acclaim from USA Today, Los Angeles Times, and New York Post, as well as glowing reviews from Las Vegas’ top critics. A burgeoning culinary talent, Howard developed a menu of modern global fusion fare that showcased his varied experience with some of the top chefs and restaurants in the world through his own signature creations.

He attributes his varied influences to being surrounded by talented people, childhood memories, and his continuous hunger for learning new things every day. “I’ve always had a fight and desire in me to never give up, no matter how rocky the road,” says Howard. “Perseverance has gotten me to where I am today and now I just want to create something for the people of Las Vegas, a city that has been good to me. I want to create food that I’d like to eat.”