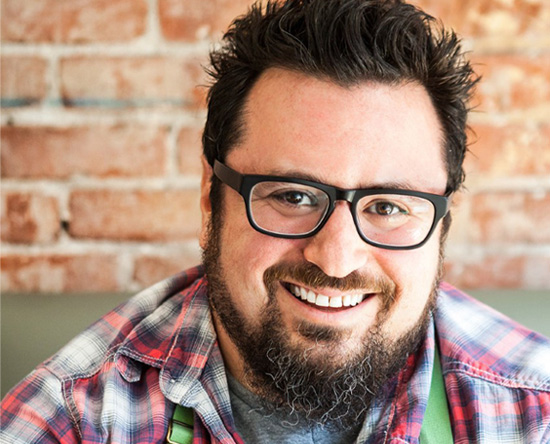 New Jersey native and Soulbelly Founder Chef Bruce Kalman launched his culinary career in his hometown of Paramus. “I started cooking at 13 in a local family-owned pizzeria, and I never looked back,” he says. “I really enjoy it—beyond the food, it’s about the energy of the kitchen, the camaraderie, the teamwork, it’s awesome. Every day is a challenge.” He solidified his skills through a hands-on culinary program at Jersey City’s Hudson Community College, and after rising through the ranks of local kitchens, moved to Chicago to serve as executive chef for restaurants including Okno, Green Dolphin, and Coco Pazzo. Kalman landed in Los Angeles in 2011 to help launch Santa Monica’s Misfit, and later joined West Hollywood’s The Churchill, at which he excelled in creating house-made charcuteries, pastas, and desserts. In addition to running Knead & Co., Kalman has become a chef-partner for California’s Sunkist Growers, helping spotlight the brand’s local and family-owned citrus growers.

Kalman was the Chef and Co-Owner of UNION in Pasadena, California, and was Chef and Co-Owner of Knead & Co. Pasta Bar + Market in L.A.’s Grand Central Market. His commitment to indigenous ingredients goes beyond the farmers market to build strong connections with local providers, keeping the operations’ carbon footprint low, supporting the local economy, and connecting diners to high-quality vegetables, meats, and cheeses straight from the source. He is known for his passion for nose-to-tail animal butchery.

His next act, Soulbelly BBQ, combines Kalman’s love of butchery with a passion for chef-driven flavors and techniques. The restaurant will be a love letter to regional barbeque flavors across the United States, with thoughtful sides, snacks, and artisanal pickles from Kalman’s side project, BK Brinery.

Throughout his career, Kalman has gained recognition from James Beard, with a nomination for “Rising Star Chef,” and has appeared on the Food Network to earn a Chopped championship title, Beat Bobby Flay in which he was victorious, as well as on Esquire Network to win Knife Fight. Kalman was also a cheftestant on Top Chef, season 15 filmed in Colorado, finishing in the top 5. He has made appearances on shows such as Hallmark Channel’s Home & Family, CBS’s The Talk, Viceland’s The Untitled Action Bronson Show and Last Call with Carson Daly, to name a few.

In his spare time, Chef Kalman is the frontman in the chef cover band, Foie Grock, with fellow chef Duff Goldman and enjoys spending time with his wife and son.