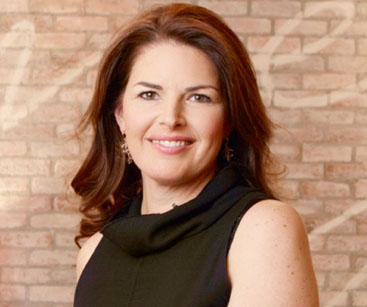 With an impressive career spanning nearly three decades, James Beard Award Nominee Elizabeth Blau is the founder and CEO of the restaurant development company, Blau + Associates. Blau is widely credited with transforming Las Vegas into the world-class culinary destination it is today. A renowned restaurateur, Blau’s skilled touch defines her work in Las Vegas and around the world.

A graduate of the prestigious Cornell School of Hotel Management, Blau began her career with famed restaurateur Sirio Maccioni, who expanded the Le Cirque brand to Las Vegas. As the vice president of restaurant development for Mirage Resorts, Blau revolutionized the food and beverage operations at the Bellagio. Blau later served as executive vice president of restaurant development and marketing at the Wynn Las Vegas.

In 2002, Blau parlayed her extensive experience in the restaurant industry to found Blau + Associates, a firm dedicated to creating world-class hospitality experiences. Blau quickly turned the firm into one of the foremost restaurant development companies in the field with an impressive client list that includes New York’s Rainbow Room among many others. In 2008, she and her husband, award-winning chef Kim Canteenwalla, launched Society Café at Encore to rave reviews; Society Café quickly became a Las Vegas favorite.

Blau and Canteenwalla embarked on their first solo independent venture, Honey Salt, in 2012. Offering a glimpse into the couple’s culinary life, Honey Salt features the foods, drinks and vibe they have shared with friends for years. In partnership with TV’s “Cake Boss” Buddy Valastro, Blau + Associates landed on the Las Vegas Strip in 2013 with Buddy V’s Ristorante, which offers Italian favorites pulled from Valastro family recipes.

Joining local favorite Honey Salt in Summerlin, Blau + Associates’ newest venture, Andiron Steak & Sea, which opened March 2015, brings fine dining to the Las Vegas suburbs with a celebration of all things grilled, roasted and shucked. Blau’s awards and accolades among the industry are numerous, and she is dedicated to serving both her industry and her community. She has appeared on television shows such as CNBC’s Restaurant Startup alongside Tim Love and Joe Bastianich.

Blau has delivered addresses at storied venues such as the Culinary Institute of America, and is a member of the James Beard Foundation and Women Chef’s and Restaurateurs (WCR). Blau passionately supports local organizations including Communities in Schools and Three Square, where she serves as the Culinary Council Chair to help eliminate hunger in Southern Nevada. She lives in Las Vegas with her husband Kim, their son Cole, and their two golden retrievers Brookie and Dodger.