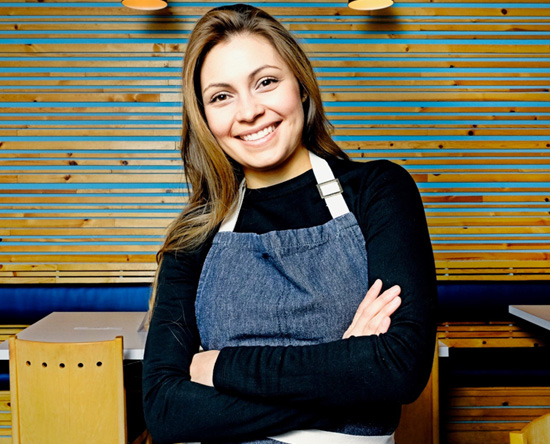 Mariana Alvarado was born and raised in the busy streets of Mexico City. Alvarado had vivid memories of her childhood, gazing in awe at the hand-pressed tortillas ballooning on the hot comal. It was at that point when she started her culinary journey.

Alvarado was like a fly in the kitchen, bugging her mother more than actually helping while trying to absorb as much as possible. Her dream was that one day she could make someone as happy as she was while eating one of her mother’s concoctions.

Chef Alvarado started her formal gastronomical education at the age of 13 and hasn’t stopped since. She attended Universidad del Caribe in Cancun and has a degree in Culinary Arts from the University of Nevada, Las Vegas.

As a chef, Alvarado wants everyone to know that cooking is a process that cannot be hurried –– she says "cooking is magic, is love, is science!"

Corn is the backbone of Mexican culture and cuisine. Chef Alvarado would like to revive the knowledge and practice of traditional flavors and techniques through her cooking. Alvarado imports heirloom corn from several regions of Mexico and utilizes traditional methods of preparation in her ancestral background. As she works directly with the local farmers, she is also able to support those with the same vision. She looks forward to completing the circle by introducing her heritage into the Las Vegas community.